You are here: Home Genesis Codes

Imagine a?bright light and a deck of flash cards with mathematical equations, geometric symbols and shapes.The symbols and equations coming from the light flashing before your eyes so fast you can’t focus on any one of them.

Are we binary code?

What I described above was my first experience with the Genesis Code Series. I was in meditation after a session with the Phase One, Spiritual Clearing Code Set. It was an amazing experience. I was first introduced to the Genesis Codes back in 1999 and was very drawn to them. The Code sets where channeled and created by Carleen and Scott Vincent. I sought them out and obtained the entire series. They have become part of my life and one of my favorite tools for spiritual healing. 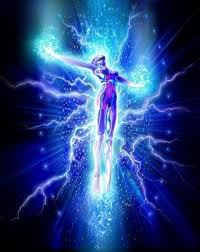 We are energy, we are frequency

So what makes them so special?
I really believe this a personal thing. Carleen once told me there are many different paths to get to the same place. Not everyone is drawn to Sacred Geometry but if you are, then these codes sets are for you. When we think about our existence in a scientific sense we are made of the same stuff as the galaxies, so what makes us so different from stars? Morphogenic Fields could be the answer. In Rupert Sheldrake’s developmental biology a morphogenic field is a group of cells that receive biological signals and based on those signals, form the different parts of living matter. So for example if the cells are in the heart field, the cells will form heart tissue and so on. Let’s take this one step further.

Morphic Resonance
As defined on Sheldrake’s website
“Morphic resonance is a process whereby self-organising systems inherit a memory from previous similar systems….. Thus each individual inherits a collective memory from past members of the species, and also contributes to the collective memory, affecting other members of the species in the future.”

So what does this mean?
Let’s say that a dog is trained to jump through hoops. The pattern of learning this behavior is reinforced and becomes a habit. The habit becomes a new pattern and is passed on to other dogs. Jumping through hoops becomes a natural pattern for all dogs all over the planet. So dogs see a hoop they just jump through it. Good dog.

So how does any of this apply to the Genesis Codes?
Each individual person on this planet has lived many lifetimes, carrying habits and patterns from one life to the next, even though you can’t consciously remember them. As a species, mankind has patterns from the most devoted love to the other end of the spectrum of violence and hate. The negative patterns can stunt our spiritual growth blocking us from reaching our potential as individuals and as a species.

The Genesis Codes work by breaking these patterns formed in the morphogenetic field and reprogram the tiny crystalline geometries that are storing self-sabotage programs accumulated from this, previous lifetimes and those engulfing our planet. Through the use of preprogrammed sacred geometric codes, we are able to access and purify millions of these distorted energy patterns very quickly, easily and joyfully.

We access the morphogenetic field by way of the heart chakra and reprogram it using numeric code language. This by-passes the analytical mind and all language barriers to dissolve patterns of limitation and imbalance and to remove blockages to transformation and manifestation.

So in a way it is the same principal as updating your computer software.

Genesis Code Sets are available at our store. While we do have some sets in stock, they are by special order so turn around time is approximately two weeks.

This site uses Akismet to reduce spam. Learn how your comment data is processed.

This site uses cookies. By continuing to browse the site, you are agreeing to our use of cookies